Things You Should Know Before Buying a Barebones Mini PC

Barebones mini PCs are becoming increasingly popular because they offer you the main parts of a computer in a tiny little box while giving you the freedom to fill the rest. Turning a barebones kit into a functional mini PC doesn’t require the skills and knowledge to build a complete PC system, but it can still be challenging for some consumers. Here are a few things you need to know before buying a barebones mini PC.

What is a barebones mini PC?

Mini PCs come in two flavors: Barebones and Ready-To-Go. A barebones kit is a partially assembled mini desktop computer consisting of just the “bare bones” of the PC system, usually a case, a power adapter, a motherboard, and a processor. You will need to buy the RAM and storage separately and install the operating system by yourself.

The benefits of a barebones mini PC

In comparison to purchasing a ready-to-go mini PC from the retailer, getting a barebones kit comes with a few perks.

It is often less expensive to buy a barebones kit and the missing components separately than going for a fully configured mini PC. If you already have available RAM sticks and SSDs, a barebones kit makes a sensible choice, as it allows you to only pay for the hardware you need.

2）The freedom to configure the RAM and storage

A ready-to-go mini PC often offers you very limited options in terms of RAM and storage, but a barebones kit allows you to configure the RAM and storage however you like. For instance, the ready-to-go Intel NUC 12 Pro mini PC was only sold in two storage configurations: 512GB and 1TB, but with a barebones kit, you can choose to add an M.2 2280 SSD ranging from 128GB to 4TB.

Most ready-to-go mini PCs come with Windows OS preinstalled, whether you use Windows or not, the cost of the OEM license is already included in the price of that mini PC. With a barebones kit, you can install the operating system as per your needs. In fact, there are lots of open-source operating systems you can download and install for free, including Ubuntu, Debian, Mint, Chrome OS, and Android X86. Some of them are as feature-packed as Windows 11.

The drawbacks of a barebones mini PC

As fun as turning a barebones kit into a functional mini PC can be, you should also be aware of its drawbacks.

If you decide to install Windows OS on your barebones mini PC, you will need to get a license key, which can be painfully expensive. The listed retail price of Windows 11 Home on Microsoft’s official webpage is $139, and the Pro variant will cost you an extra $60. If you get a ready-to-go mini PC with Windows 11 preinstalled on it, you may not even be aware of the $15 or so OEM license fee because it’s already included in the price of your computer. Take the GEEKOM MiniAir 11, for example, the mini PC is retailed for only $229, but the buyers will get a fully-configured mini PC with the N5095 processor, 8GB RAM, 256GB SSD and a licensed copy of Windows 11 Pro!

There’s nothing worse than ordering a barebones mini PC and a bunch of components online, receiving the delivery, and finding out that they are incompatible with one another. The CPU and motherboard of a barebones mini PC often have specific characteristics that only work with supported hardware. For instance, the AMD Ryzen 6000 series processors are only compatible with DDR5 memory, the DDR4 RAM sticks from your old laptops or mini PCs won’t work with the latest AMD Ryzen-powered barebones kits. Using unsupported RAM and SSD in a mini PC will cause system failure, and may even damage the motherboard in more severe cases. If you are not confident enough to do it on your own and can’t get useful help from people with experiences, getting a ready-to-go system could save you a lot of trouble.

The manufacturer normally offers very limited support for their barebones kits. Computer failures due to incompatible hardware and software are often not covered by the warranty. But if you get a fully configured mini PC, you will enjoy after-sale services that cover both the hardware and the software of your system.

What kind of barebones mini PC is right for you?

Choosing a barebones kit can be a confusing task. Lots of people find it difficult to make the right choice in accordance with their needs. In our opinion, the following are the three most essential aspects you need to consider;

The processor determines how much performance you will get out of your mini PC, but it is often soldered on the motherboard and cannot be upgraded. Thus, for consumers, it’s important to choose a barebones kit with the right SoC. If you enjoy playing graphics-intensive games, a mini PC with a high-end AMD Ryzen processor makes far more sense than an Intel-based offering in the same price range, as AMD’s latest RDNA2 iGPUs are way more powerful than their Intel counterparts. However, if your main purpose is to create video content, then a premium Intel Core powered barebones kit should be a better investment because Intel chips offer much better codec support. For those who only deal with everyday basics such as web-browsing, office tasks, and media playback, a cheap barebones kit with a Celeron processor will suffice.

Mini PCs often come with a variety of ports for users to connect them to peripherals. Ports can provide a wide range of functions, such as sending and receiving data, outputting video and audio signals, connecting to the internet, or attaching useful tools like mice, keyboards, or printers. For example, if you want to connect your mini PC to multiple screens, then you should choose one with enough video connectors. If the bandwidth of the network in your home is higher than 1Gbps, then you should better buy a barebones kit with 2.5Gbps or 10-gigabit Ethernet jacks.

A barebones kit is the easiest way to break into the world of building and configuring your own PC, which can be a fun learning experience for beginners. However, there are also certain risks you must take. If you’re not a risk-taker, do yourself a favor by getting a ready-to-go mini PC.

GEEKOM offers a variety of mini PCs for differing needs, Visit us online to find out more about how our portable computers can meet your computing needs without the high power consumption or large footprint of a traditional desktop PC.

In the year 2023, you don’t really need to spend a fortune to get a great mini PC. If you’re

Intel Celeron vs Intel Core i3: Which is Right for You?

You’ve probably seen the Intel Core i3 and Celeron processors while looking for a new computer, but what’s the difference

Are Fanless Mini PCs Worth Buying?

Thanks to the ever-evolving technology, PCs are getting smaller and more powerful at the same time. A thin laptop or

What You Should Know Before Buying a Mini PC

Let’s be honest. With their tiny size and portability, mini PCs are impressive machines. So if your fingers are itching 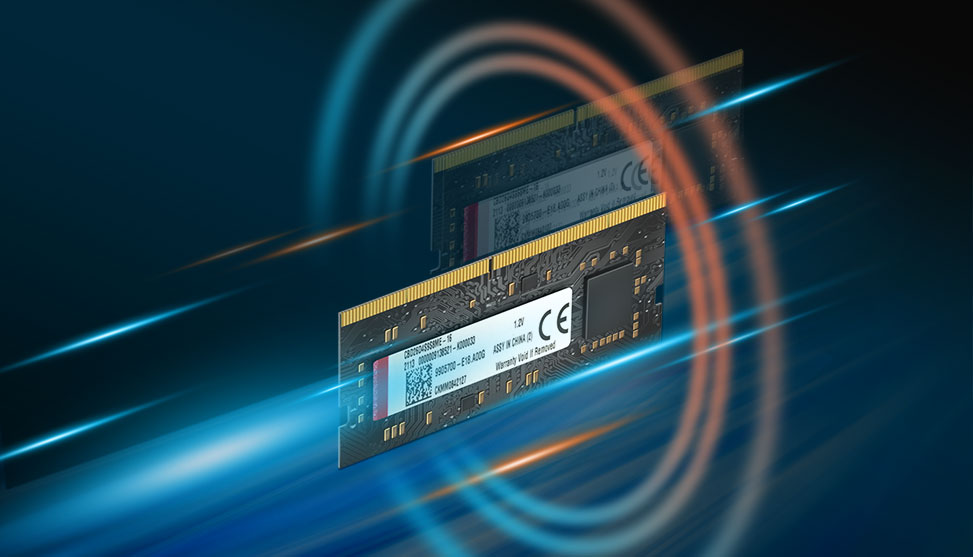 In computers, RAM is organized into channels, which refers to the way that the memory is accessed by the CPU.